NOT ADDING
this is a friends-mostly journal; private entries are friends only but most fandom entries are not. comment if you'd like to be friends and let me know what we have in common

Mostly deleted a couple people from my most recent friending meme that I didn't exactly connect with + some old journals I wasn't sure why I was still friends with. I probably won't be adding anyone back but if you'd like to discuss it feel free to PM me.

10in30 icons post got into the top 25 on LJ for a little while last night.I'd seen it happen before with other actually popular posts, but I have all of five comments so I'm like ??? wut.

gameofcards is killing me bc I want to participate in EVERY SINGLE CHALLEGE and...curse me it's hard. how do you do it when you're a goddamn perfectionist??? 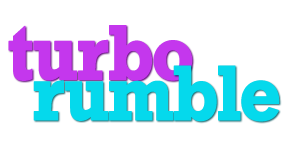 Turbo_rumble is back and I'm super excited to get to participate since I've missed out on the latest lims contests that have come up. Plus the roster of makers who have signed up is really impressive and I'm excited to see what we all make!

I believe I have added everyone from my recent friending sprees!! If I didn't add you back let me know here so I can do that :)


(also I wonder how often the 'accomplished' mood is chosen just because it's the first one? also also I miss dark angel now :( )

So lately I've been going back and rewatching old shows that I either never started, never finished, or just really liked. Mostly because there really are so few shows nowadays that I enjoy. Everyone is so caught up in being real and gritty(which isn't especially a bad thing) and I really can't enjoy it mostly. Like, I want to watch Jessica Jones, but I can't handle a TV show that I watch for fun and entertainment emotionally stressing me out and making me cry all the time.

But I'm getting off topic. I recently went through and caught up on/finished watching Almost Human. It had all the great components: great actors, a fun futuristic non-dysotopian sci-fi plot, interesting weekly plots and the potential to turn the overarching plot into something more. And yet, the show failed in a magnificently spectacular fashion, promising it would be a while before a basic network would be willing to invest in another show like it. It was boring and predictable with pretty terrible writing and directing that made the whole thing fall flat. The overarching plot was executed very poorly and offered no resolution or even a hint of resolution pieces throughout most of the season. And in true fox form, it was aired out of order and in sporadic time slots before quickly getting the axe, but that might have been for the best.

Contrast it with NBC's equally short-lived Crusoe(or the even greater show Kings). It had an interesting premise, a hunky pair of leads who often cavorted around shirtless, a season wide plot told in flashbacks and cuts back to the mainland that upped the stakes, another season long plot that introduced different elements quickly in the shows run and kept it interesting up until the end, and a general fun feeling. It was really well done, I think, especially when compared to Almost Human. I looked forward to every episode of Crusoe right until I reached the last one, whereas with Almost Human I kept counting down the episodes hoping the next one would be morw entertaining. Sure, lots of aspects of Crusoe require a rather large suspension of disbelief, but it's innately fun still. Phillip Winchester could make narrating grass grow interesting, and he's got fantastic chemistry with his costars. He's also very passionate. You can see it in nearly everything he does, from Strike Back to the promosing-yet-short-lived show The Player. The production quality was amazing considering it was on NBC and... Yet. It got axed too, as did the afore mentioned shows The Player and Kings(both also on the peacock channel).

It's just endlessly frustrating that shows with lots of potential get so much support and oomph and then fail to deliver, meanwhile amazing shows fly under the radar, get very little promotion, and then end up canceled when they're predictably unwatched.

I just had to kind of vent/get this off my chest.

it has happened. if you notice anything funky let me know.

At some point over the next couple of weeks I'll be renaming to afastmachine(no spaces) which is the one I always wanted but only recently became a purged account so I could use it. I'm also going to be changing out my userpics which probably means you'll be seeing a lot more of my default, which also might change for the first time in a long time. I don't know. We'll see.

Consider this a bit of a construction zone.
Collapse